Your SME and the Economy – Prepare for the Long Way Back 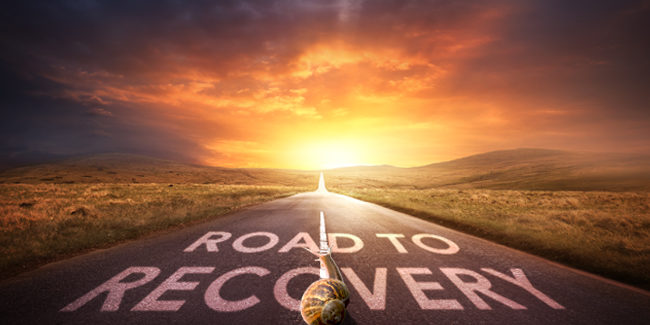 The South African economy could take as long as seven years to get back to the size of R5.1 trillion it was at the end of 2019 before Covid-19 and the national lockdown.

This forecast is according to Citadel chief economist Maarten Ackerman, who expressed this view during an interview.

Christopher Loewald, South African Reserve Bank (SARB) head of economic research, told the Tax Indaba that it was going to take a long time to get back to a real activity level of 100% again.

During the same event, Ismail Momoniat, National Treasury Deputy Director-General for tax and financial sector policy, said that it wouldn’t be an easy road to get the South African economy back to its 2019 level.

“We need a Covid-19 vaccine, and we need to ensure that sufficient people get vaccinated. I think we need to be careful about talking about post-Covid. I think we are years away from that,” he added.

Economists suggest that small businesses gear themselves for tough times, keep costs low, and ensure they are highly innovative.

“Small businesses need to be lean and mean. They need to have a buffer to get them through difficult times,” Ackerman said.

Every business needed to think carefully about how they expanded, he added.

The local economy has contracted

This advice comes amid a local economy that has stagnated since 2015 and contracted for the past year, including a 51% contraction, on an annualised basis, in the second quarter because of the nationwide lockdown that started on March 27.

Sanisha Packirisamy, MMI Investments and Savings economist, said during an interview, that she was expecting the local economy to contract by 8.1% this year, followed by a muted rebound of 2% in 2021 when anticipated Eskom power cuts will constrain the economy.

Ackerman said that an 8% contraction of the local economy would be the biggest decline since 1920 when there was a 12% contraction.

A worrying sign was that the outlook for fixed investment and household consumption, both key to the long-term economic health, were both bleak, Packirisamy added.

“We are stretched on the fiscal side, and confidence is extremely muted. We face policy uncertainty and slow structural reform. It is that combination of factors that makes it very difficult for us to grow faster,” she added.

The inflation outlook is positive.

Credit rating to fall even further

In March this year, Moody’s Investors Service cut the South African government’s credit rating to “junk” status or sub-investment grade, which is the grade that its two rivals, Fitch Ratings and S&P Global Ratings had the country on since April 2017.

“We are probably going to see more downgrades, and by 2023 the country’s credit rating will be two or three notches lower,” Ackerman said.

He said that the government was facing a fiscal crisis, and the only way for the South African state to avoid that was to embark on big expenditure cuts, but the state was baulking at doing that.

In five to seven years, Ackerman forecasts that government debt will climb to 100% of GDP, he said. By comparison, the National Treasury estimates that national debt will reach 81.8% of GDP by the end of March 2021.

According to Packirisamy, the unemployment rate would climb because South Africa was not growing fast enough to absorb the new people entering the labour force.

South Africa needs growth of at least 3% before the unemployment rate declined, he added.

How to get out of the debt trap?

South Africa needs to get out of its debt trap by igniting economic growth. In the meantime, it needs to find international or other funding to plug the gap in the state budget.

There are fears that the state might force managers of pension funds to allocate a portion of their clients’ money to fund the running of the government and state-owned enterprises.

But Treasury’s Momoniat told the Tax Indaba that the state was not looking to put in place any prescribed asset regime.

In July, the International Monetary Fund (IMF) approved a US$4.3 billion loan to the South African government.

The state intends to borrow US$7 billion from multilateral finance institutions, including the IMF, the National Treasury said in early July.

There is a possibility that the South African government will be forced to go back to the IMF in the future for further debt in the form of a wider-ranging bailout.

“I think an IMF bailout would be very positive for markets, because it installs a bit of a policy anchor, and it forces the government to do things that it may not feel comfortable to do otherwise,” Packirisamy said.

About the value of the rand, Packirisamy said that she expected the rand would maintain its long-term depreciating bias because of South Africa’s high level of inflation when compared with its major trading partners and the deteriorating local economic fundamentals.

Disclaimer: The information provided herein should not be used or relied on as professional advice. No liability can be accepted for any errors or omissions nor for any loss or damage arising from reliance upon any information herein. Always contact your professional adviser for specific and detailed advice.

SMEs – Why You Should Consider Employee Benefit Packages
January 5, 2022

The Hybrid Workforce Debate: What SMEs Need to Know
November 26, 2021

What To Do When Preparing to Sell Your Business
November 26, 2021